Working on a new game! 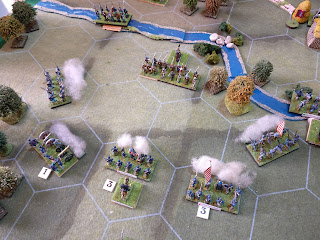 After many, many yeats I'm working on a hex-based, introductory wargame that will cover different historical periods. I'm very excited by this new project that will be published by Ganesha Games in the (near?) future. For the moment I'm playtesting the game with the help of some of my friends. They are all boardgamers, but none of them have ever played wargames with miniatures.
Posted by Sergio at 9:08 AM 1 comment:


What to say? Hello everybody, привет всем!
Three years after my last post I'm here again to tell you that I am well (after quarantine) and working on a new project with enthusiasm. I do hope I'll be able to bring this project to an end and publish with Ganesha Games a new game this year.

In the meantime you can take a look to the group

where other gamers are showing what they produce and how they play our games. Thanks for watching!
Posted by Sergio at 3:54 PM No comments:

Just a few lines to let you know I'm well. After three years of silence, I could be back to wargaming and game design in a short time. People change, life changes, and my 12000 Napoleonic figures are still there, so..... bear with me a little more
Posted by Sergio at 1:19 PM 4 comments:

Another DSLB Big Battle in Nettuno

Thanks to Renzo, a group of 8 players met in Nettuno (near Rome) for a Big Battle scenario I prepared for them. Pics and batrep (in italian) at this link:

A great website about SDS and DSLB from New Zealand!

Great job Roundie.
Posted by Sergio at 8:56 AM 7 comments:


Two years after the release of DSLB, I would like to compile a list of Italian cities where I know for sure DSLB is played in order to facilitate players to find opponents. I am also asking readers of this blog to add other places using the blog's comments....
Posted by Sergio at 9:18 PM 8 comments:

Fabrizio and his group of players are staging a 1815 Campaign in these early months of 2014. They play with 1/72 figures on a very nice battlefield. After their last battle (last week) Fabrizio was so kind to send me some pictures and a quick batrep. 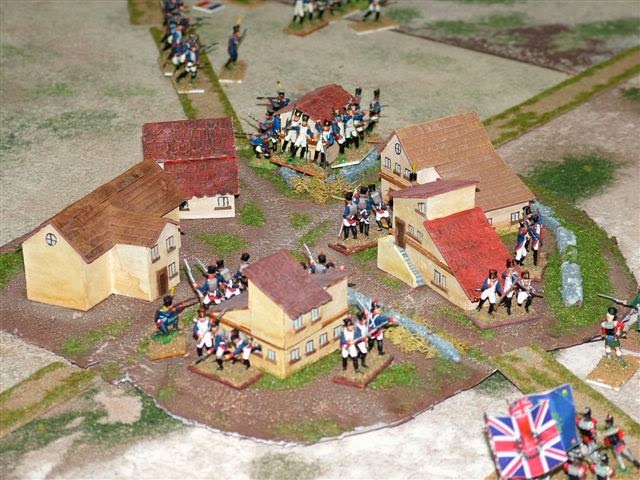 At game start, the French win the initiative and occupy the village in the centre of the battlefield. Unfortunately, a quick turnover prevents them to properly support their avant garde. 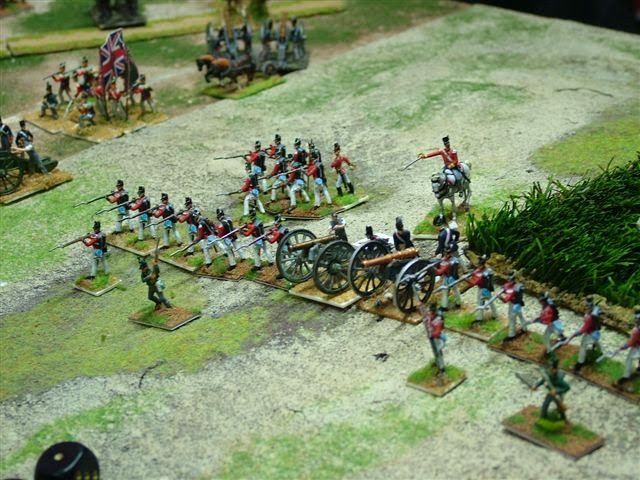 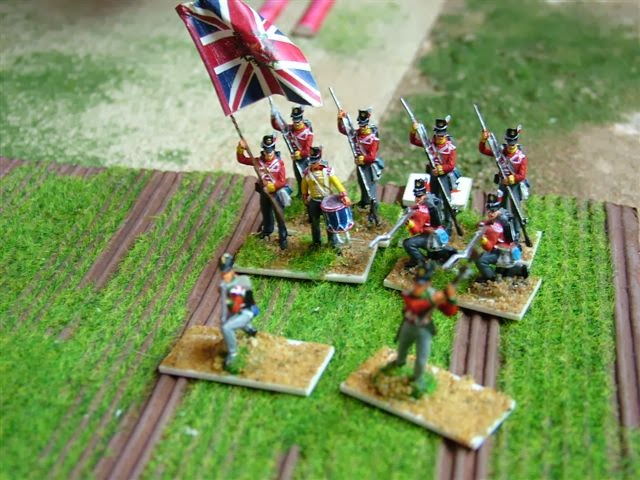 The British counterattack and succeed in taking one of the village's sector at a heavy cost. 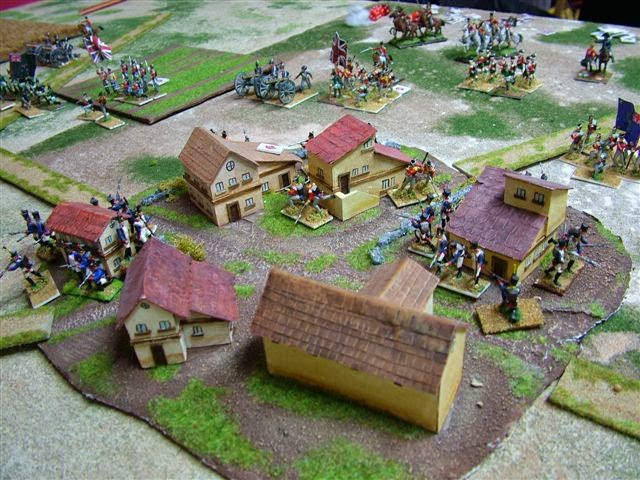 The French are unable to keep the pressure, and the British stabilize a front line and advancig on the right, destroying a French battery. The French withdraw to secure positions. 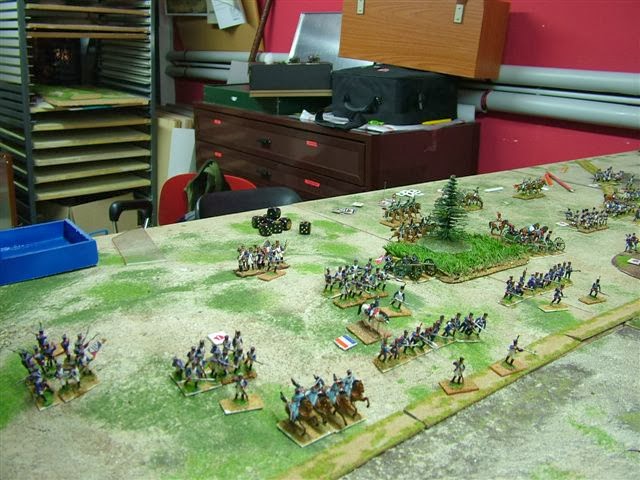 The situation for the French is critical, and they try to relieve the pressure with some cavalry charges... to no avail. 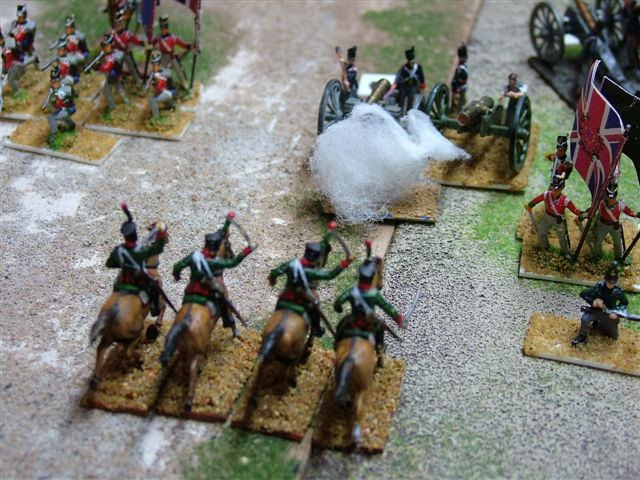 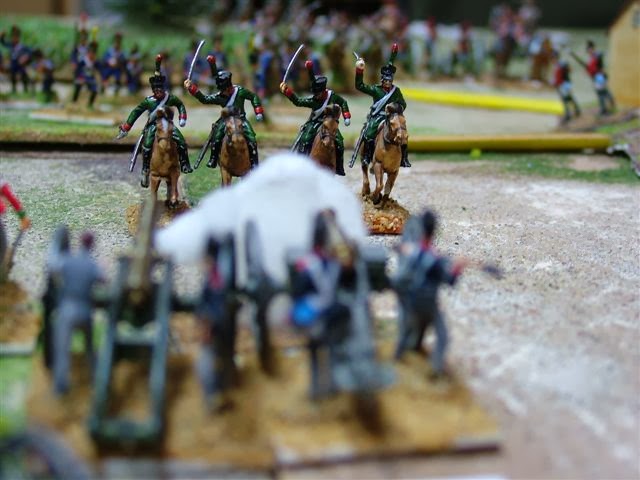 A strong attack on the French left. The Imperial division seems to be on the eve of collapse. 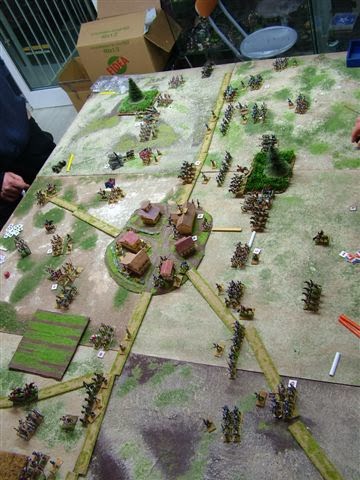 One final counterattack by the French gets no results, and the game is over due to the break of the French forces (10 BP vs 7). 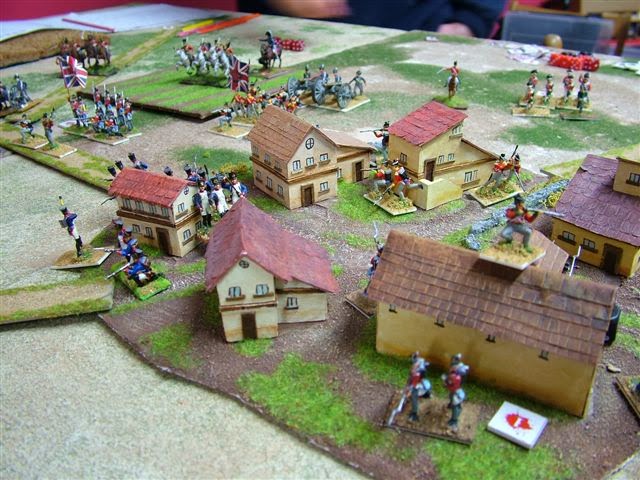 A special thanks to Fabrizio and his guys for the pics!